At 36, motherhood entered my life with a bang as my firstborn came into the world six weeks early after a routine appointment with my doctor miraculously found him in crisis. I headed to the hospital and spent six hours in the ER listening to his heart rate drop to nothing over and over again. I lay perfectly still, trying to keep from cutting off any of his oxygen supply while watching the monitor go up and down. Thankfully, my son was born with strong vital signs and very mad. Mad was good. It helped him to be the scrappy little fighter needed for the month ahead in the NICU. “Welcome to parenthood!” some would say.  Welcome to the world of special needs.

His next two years were riddled with missed developmental milestones, catch-up periods, confusing times of regression, food allergies, and severe gastrointestinal issues. There were hours of unexplained crying as an infant followed by hours of insomnia as a toddler. We reported regularly to our pediatrician, had our son assessed twice for early intervention, and hoped for improvement. Having met and married in our thirties, we had accepted that having children was a question mark. God used this lesson along with our son’s rocky birth to graciously undergird those years with deep gratitude for being parents at all.

Three years later, our second son was born. Trying to learn from my first very difficult pregnancy and from losing our second baby in miscarriage, I was extremely careful and rested often, even as doctors continued to tell me everything was “perfect” (just like the first time). But he too had to be delivered early. He began to have seizures after he was born and was admitted to the NICU with dangerously low blood sugar. Tests revealed that he had suffered a stroke sometime around birth and that he had brain damage. And so began the trips to nine different doctors. A few months after he was born, we finally got a diagnosis of autism for his older brother. That same week, we were told that our second son might be showing early signs of cerebral palsy. It was a rough week, and a rough two years followed as we went to the children’s hospital almost weekly. So began our walk on this road God chose for us—disability.

I see now how in the years leading up to motherhood God had prepared me. As my single years stretched into my thirties, I knew that if I ever married and had children, the likelihood of disability was greater each year. I thought about that—a lot. I taught a Bible study lesson on John 1 just weeks before my son was born, noting Jesus is the Lord over every molecule of the universe. Another lesson was on John 9, the story of the man born blind. The disciples asked Jesus who sinned to cause this disability, him or his parents. Jesus tells them that it was neither; it was so that God might show himself to us. God was lighting in me an excitement for how he calls and redeems his disabled people, and how he uses disability—a visible picture of the brokenness that exists in all of us—to show us our need for a Redeemer. He prepared me to have open hands to receive his “gift” of disability, but with it came something that was harder for me to receive. Suddenly, life was like that of a dancer, twirling on stage, surrounded by judges flashing scorecards in every corner with scores that are shockingly low.

I was prepared for the “mommy wars,” but this felt different. Doesn’t she see something is wrong? Doesn’t she discipline? The voices of judges weighing in, judges who do not know the roads we have traveled devoid of answers or heartbreaking days of skill regression. Parents of kids with disabilities each have their own painful stories. Children at the playground who call our kids “crazy” and leave when our little ones try to play with them. The friend who disappears when our children look or act differently. Family members who resent our neediness. She should have gotten the hang of this by now. Spouses who emotionally “check out,” or worse, who leave altogether. The stranger in the grocery store who callously asks, “What did you do to make your child this way?” The close friend who with the crushing theology of Job’s friends tells you, “This is your fault.”  They need not bother. A mother’s heart has already been down that road.

Are scorecards flashing all around you? They add up quickly. They are crushing. Come and gather with me those scorecards. I have them too. Gather the accusations, the guilt and shame, the deep hurt, the fear of man. Then join me in bowing the knee to the ultimate Judge—and be free.

A bruised reed he will not break, and a smoldering wick he will not snuff out (Isa. 42:3).

The truth is that most of those scorecards from others are ill-informed, in error. But the truth of the gospel tells me that there are plenty of other areas of life in which my scorecard reads zero. My ultimate authority, Jesus, takes all that onto Himself; and in exchange, gives me his pure, white robes of righteousness. His score is perfection. He gives me his Spirit to enable me to walk in his ways. He gives me his written Word, through which I can weigh the judgments of others—with truth.

Behold this Judge. He is not safe. No, he is holy. And as we behold the glory of his holiness by faith, we see that he is good and kind. All the judges of the universe must submit their judgment to his rule. He is the Judge of judges. That’s not our job. He alone discerns hearts and can make that right. We can let that go. At the end of the day, freedom comes in remembering we dance for him. 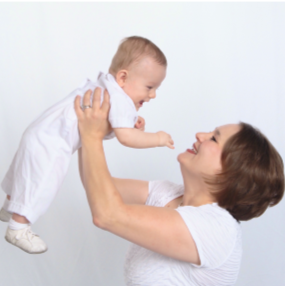 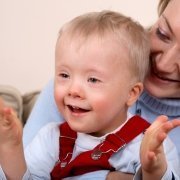 Honoring the Image of God in People with Disabilities 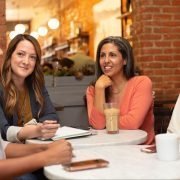 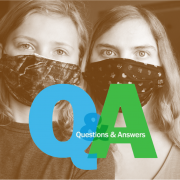 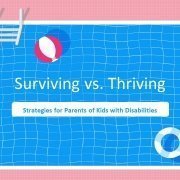 Surviving vs Thriving: Strategies for Parents 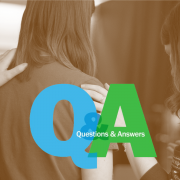 Q&A: Finding Support in Church and the Community 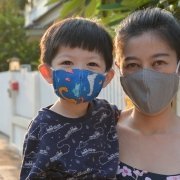 How COVID-19 Links Us More to Families with Disabilities