Ashley served as Director of Women’s Ministry at First Presbyterian Church in Jackson from 2005 to 2011. She was the Event Coordinator for Engaging Disability from 2011 to 2013. During that time, her oldest child was diagnosed with autism spectrum disorder at the age of two and a half. She soon began writing Christian education materials for children with autism.

Brandon, Mississippi is home to Ashley, her husband, John, and their three sons. They are members of Brandon Presbyterian Church. The family enjoys an expanding hobby farm which has a garden, heritage egg-laying hens, honey bees and a few Dexter cows.

END_OF_DOCUMENT_TOKEN_TO_BE_REPLACED Joel later joined the staff of Campus Outreach where he served 18 years as Administrator, Missionary Team Leader in Japan, and Director of the International Network, CO’s overseas mission agency. Recognizing his experiences in career ministry and as a father of a child with a disability, Briarwood called Joel in 2006 to become the first full-time director of the church’s special needs ministry, Special Connections. In 2011, the scope of his work broadened when he joined the staff of Engaging Disability as Associate Director.

Joel, Holly, and their young adult daughter and son reside in Hoover, Alabama and are members of Briarwood Church. They are self-avowed geeks, avid fans of sci-fi movies, collectible LEGOs, and all things computer.

END_OF_DOCUMENT_TOKEN_TO_BE_REPLACED 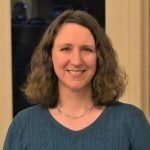 Kristen is originally from Anderson, South Carolina. She received a Bachelor of Science in Occupational Therapy from Medical College of Georgia (Augusta University). After moving to Philadelphia, Pennsylvania she worked as an occupational therapist at Children’s Hospital of Philadelphia and in early intervention. Kristen’s interest in disability ministry began as she served families with young children in the nursery of Tenth Presbyterian. In 2007, she began Tenth’s special needs ministry and served there for nine years.

Kristen and her husband, Keith, have two children and live in Havertown, a suburb of Philadelphia. They are members of Proclamation Presbyterian Church in Bryn Mawr. Kristen’s family enjoys music, playing games and beach trips together. Their lives are affected by several hidden disabilities.

END_OF_DOCUMENT_TOKEN_TO_BE_REPLACED

​Growing up in Lancaster County, Pennsylvania, ​Cheryl had an interest in ministry from a young age. Her heart for missions grew through several mission trips as a high school youth leader. In 1998, she became a missionary with Mission to the World (MTW) serving as the Administrative Assistant with Caribbean Christian Center for the Deaf in Jamaica. In 2006, she transferred to MTW’s Medical Department in Lawrenceville, Georgia where she was responsible for sending short-term medical mission teams to areas in this hemisphere and Africa.

In 2014, Cheryl relocated back to Lancaster and joined the staff of Engaging Disability as the Ministry Assistant. She uses her administrative gifts and international experience to support all the aspects of this ministry. She has a particular burden for serving caregivers and families of those with disabilities.

Cheryl is a member of Wheatland Presbyterian Church in Lancaster. She knows sign language and dabbles in various hobbies. Her most recent endeavors have included cooking and baking, glass fusing, and jewelry making. She denies the accusation of being a foodie. Cheryl has remained a loyal Phillies fan through good years and bad (plus eight years living in Braves country) and also enjoys watching Penn State football.

END_OF_DOCUMENT_TOKEN_TO_BE_REPLACED 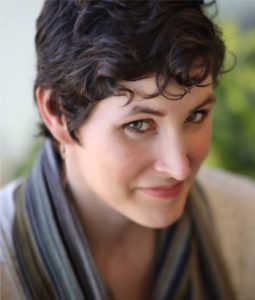 Chelsey is originally from Frederick, Maryland. She came to faith in Christ at an early age and has faithfully walked with him her whole life. She relocated to Rock Hill, South Carolina in 2008, where she fell in love with the community and Westminster Presbyterian Church.

Chelsey’s experience with disability began dramatically in May 2010. On the way to pick up her son from preschool, a truck struck and crushed her car. Her skull was detached from her spine, and she spent weeks in a coma and on life support. Solely by God’s grace, she began to recover but remained paralyzed below her eyes, diagnosed with locked-in syndrome.

Today, Chelsey is able to live independently with her middle school-age son. She serves in Westminster’s children’s ministry and on the disability ministry committee. She speaks regularly to patients and their families at the Shepherd Center, a spinal cord and brain injury hospital in Atlanta, and to congregations across the PCA. Chelsey enjoys reading, baking, crafting, and gardening.

Originally from Wisconsin, Dawn studied at Wheaton College in metropolitan Chicago where she received a Master of Arts in Intercultural Studies and Teaching English as a Second Language. Dawn and her husband were Bible translators and literacy workers in Papua New Guinea for eleven years and completed the Sio language New Testament and Psalms in 1996.

Upon returning to the US, Dawn began working as a physical therapist at Easter Seals, and it was there that God impressed upon her, in a new way, the needs of families who have children with disabilities. After volunteering in the disability ministry of College Church in Wheaton for several years, she was asked to be its Director of Disability Ministries. She served in that role for twelve years before passing on the baton to a new director. She continues her involvement in disability ministry as an adjunct faculty member at Moody Bible Institute and as a certified instructor in Therapeutic Options™, providing training in positive behavior support and person‐centered approaches.

Originally from Pennsylvania, Julie resides in Atlanta where she is a physical therapist specializing in the treatment of people with brain and spinal cord injuries. Julie received a Master of Physical Therapy from the University of Miami and has worked in a variety of settings, including inpatient and outpatient rehab, and pediatric care (infants to 18 years of age). She enjoys traveling, photography, reading, sports and spending time with family and friends.

Julie has a heart for missions and has participated in a wide range of short-term mission trips, including coordinating one to Bulgaria specifically to encourage the disability ministry of a local missionary team. She is currently a member of Christos Community Church in Norcross, Georgia, a multi-ethnic and bilingual (Spanish and English) mission of Perimeter Church (PCA).

END_OF_DOCUMENT_TOKEN_TO_BE_REPLACED

Engaging Disability With The Gospel is a missional partnership of Mission to North America (MNA). We serve people touched by disability and the congregations of the Presbyterian Church in America (PCA) which minister with them.

END_OF_DOCUMENT_TOKEN_TO_BE_REPLACED

Have questions about our products?
Email us at store@engagingdisability.org.